Supplements I Have Loved: The Sleep Issue

I’m not a doctor and only know what I have read and documented below. I’m not offering you medical advice in any way, shape or form. You should talk to your doctor before doing anything I or anyone else suggests to you.

I am writing this at the same time as I nurse my injured eye. I blame this recent kick boxing mishap on my lack of sleep the night before. Exercise can reward you with better sleep, but I would suggest that sleep be prioritized over exercise. Besides impacting reaction time and thus making you more prone to injury, we know that sleep affects metabolism, the ability to learn, and even moral judgment. Too much sleep can also be a problem. As we age, our ability to sleep uninterrupted gets more difficult, even though we still require the same amount of sleep. There’s a lot of advice out there and a lot of people hawking fixes to our sleep woes. It’s enough to make you stay awake at night fearing too little or too much sleep. 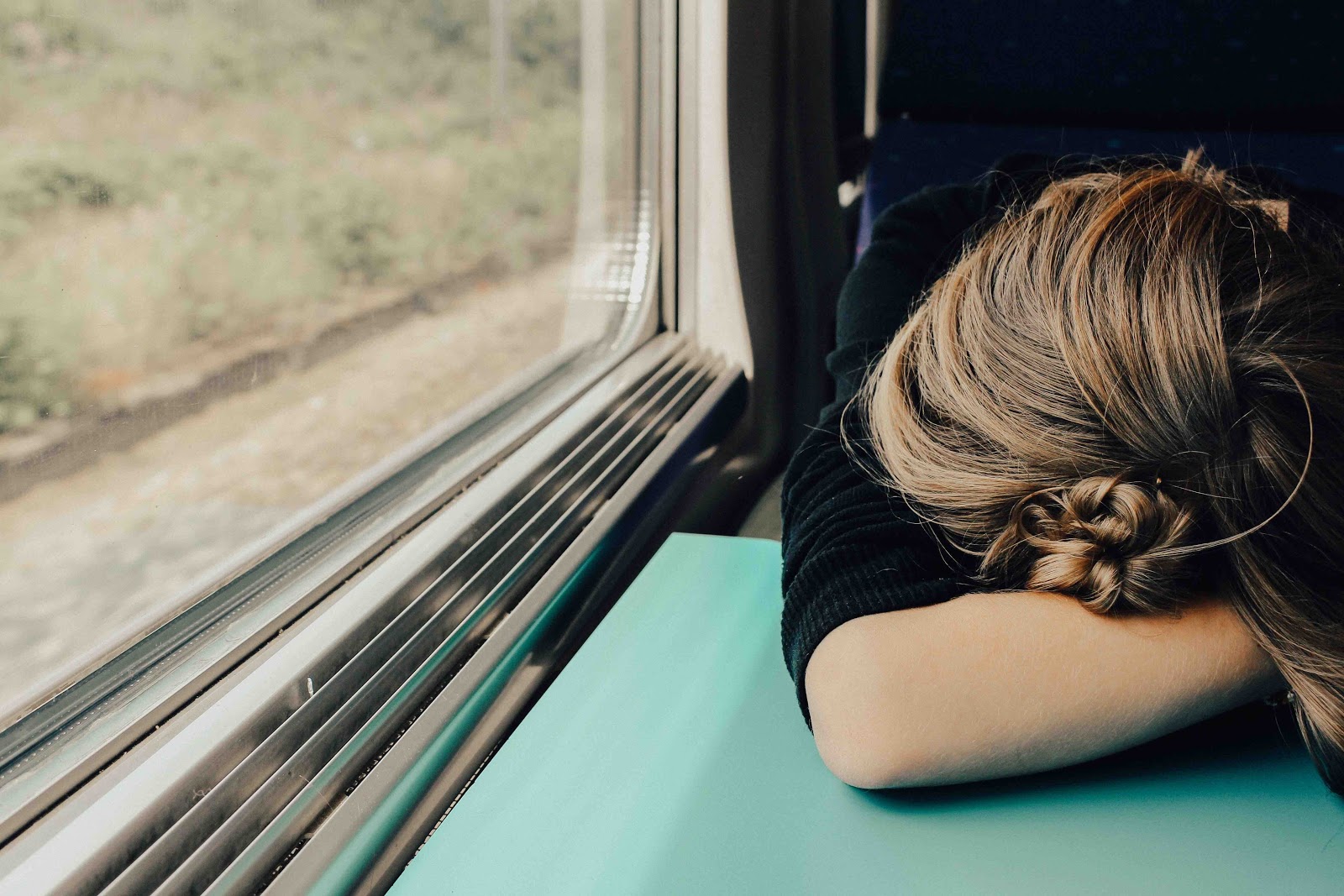 Turn off your gadgets at sundown, you damn millennial. Photo by Abbie Bernet on Unsplash


Research suggests that adults typically need seven to nine hours of sleep a night. Since your mileage may vary, the easiest way to figure out your ideal amount of sleep is to go for an extended period of time going to bed when you are tired and waking up without an alarm clock, like on a vacation. Preferably doing it in a darkened, cool room with no electronics after sundown (I know, this seems impossible). You can usually find an ideal number of hours and ideal time to go to bed and get up. In a perfect world, you wouldn’t have to wake up with an an alarm, but your boss may disagree, so my advice is that you set a time that you always get up in the morning and then work backwards for when to go to bed so that you hit your goal. 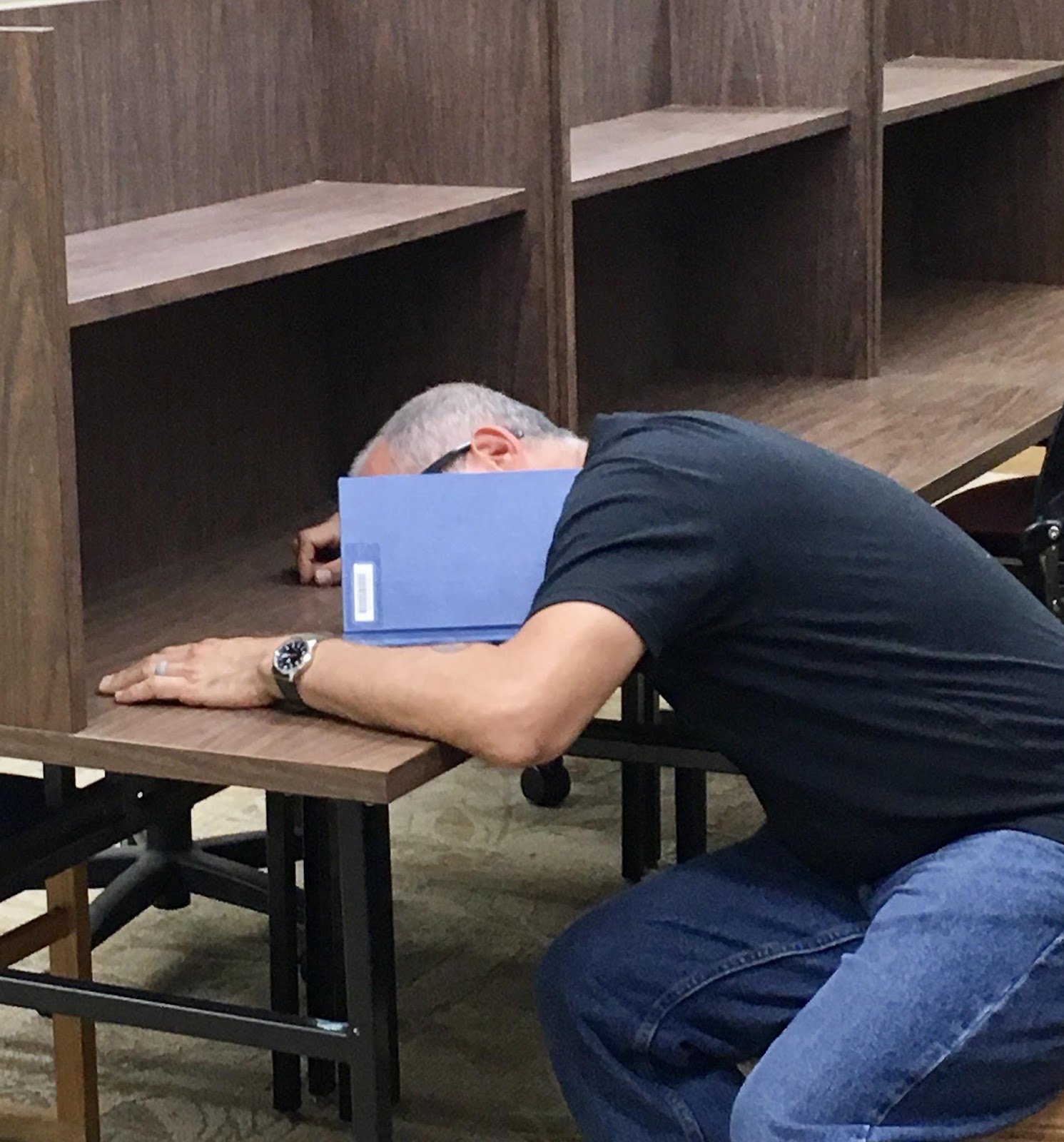 
I have naturally awakened at 5:30 AM for years, a vestige of the 6:30 AM study groups in business school a decade ago. I’m a big fan of early morning exercise. No one in the continental US wants your time at 6 AM. There is no other time like that in the day. I’m currently working on getting up earlier in the day, targeting 4:30 AM so that I can do some more morning activities before rushing off to exercise at 6:00 AM. Also, it makes me feel like a Navy SEAL, which is my fantasy lifestyle. But instead of jumping out of a helicopter and double-tapping bad guys, I’m trying to add light mobility work, breathing practice and journaling to that time. But for now, I’m usually just lying in bed and grumbling until I have to get up and rush to exercise. The hardest part is just getting my magic seven to eight hours of sleep. That’s an early bedtime. 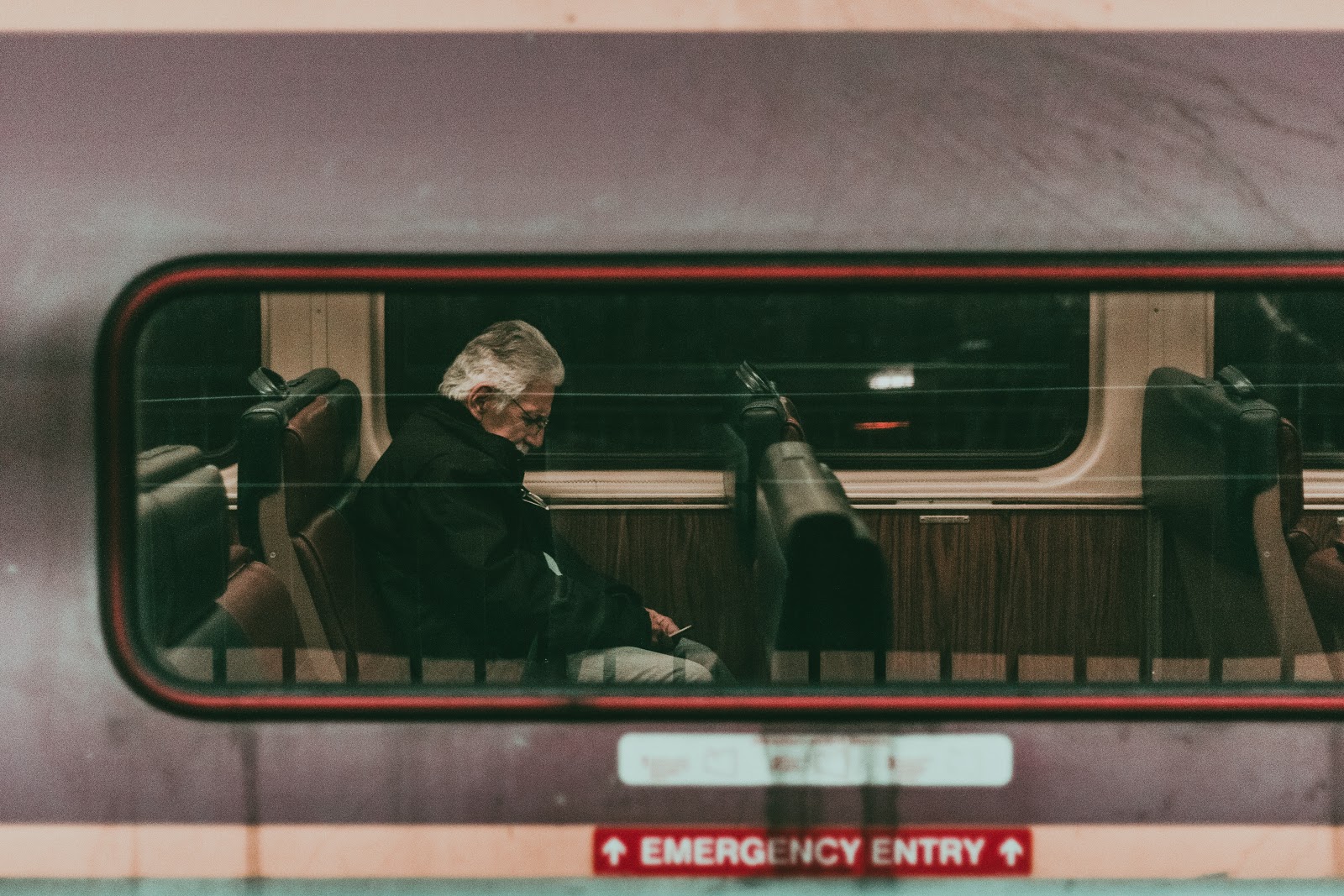 
To get to that kind of early to bed, early to rise rhythm, I have nixed prescription medication to help me sleep. Besides not liking the effects of sedatives in general, Ambien gave me truly horrifying nightmares on a trip to Europe (not to mention that the list of side effects is as long as your arm) and I got violently ill on a flight to Japan after taking another prescribed sleeping pill, to the horror of the staid Japanese people around me (full disclosure: that one was my fault). Over the counter sleeping aids and antihistamines generally frighten me and leave me feeling groggy the next day. While I am trying to practice good habits about bedtime and waiting for my body to adapt to a new schedule, I do supplement specifically to support good sleep. My physician friend tells me I’m doing it backwards; that I should be working on my “sleep hygiene” first and then supplementing once I have mastered the right habits. As usual, I’m trying to take a shortcut with these items.

The Minerals - Magnesium and Potassium
If you exercise a lot, you probably sweat a lot. I do. Sweating and physical activity can deplete magnesium and potassium in the body. The NIH thinks you probably aren’t getting enough magnesium and there are many reasons including dehydration that you may not be getting enough potassium. Severe dehydration is what leads to cramping, especially in the legs. That’s why most sports drinks (like FITAID) have lots of magnesium and potassium in them. Restless leg syndrome may be partly related to moderate dehydration and can be disruptive to sleep. Potassium is a factor in the sleep cycle, although the mechanism is not quite understood yet. Besides your wiggly legs, the magnesium and potassium combo is great for metabolic health and probably great for regulating cortisol levels, blood pressure, preventing osteoporosis in the ladies as well as migraines. They’re also critical to staying alive.


The Amino Acids - Ornithine, Theanine, Tryptophan
Now we start to get a little more esoteric. Ornithine is one of the non-essential amino acids, which means that our bodies can produce it naturally. It is the precursor to another amino acid, Arginine, which is weakly linked to improved athletic performance. Both Ornithine and Arginine are produced in small amounts by our bodies and ideally, we can get more from diet. There are no known safety issues with Arginine, even in large doses. There’s a reasonably solid study from Japan that suggests Ornithine helps with stress, sleep and my favorite, “reducing anger.” The study is relatively small but since there aren’t any known safety issues, I say bring on anything that could potentially help me sleep better.


Theanine, an amino acid found primarily in green teas, is a big deal in Japan. A common food additive favored for its relaxing effects as well as its umami savoriness, it has been a common item in the Japanese diet since it was approved by the Japanese Ministry of Health and Welfare in 1964. Theanine has been approved in the US as a dietary supplement and the combo of theanine and caffeine is a big favorite of the nootropic crowd. I actually take theanine in this fashion myself. A pair it with my morning coffee (and occasional MCT oil) as a way to take away the jitters from coffee on an empty stomach and get an enhanced focus. 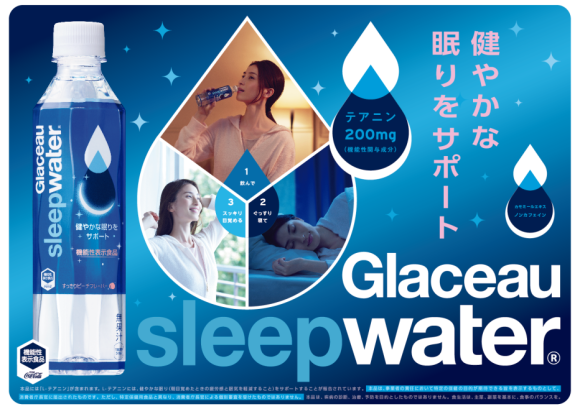 
You can certainly take it before bedtime as well to get the relaxing benefits of it, although it may not stimulate sleep. While the Japanese have been consuming it for some time and its popularity among the body hackers suggests that a lot of people have experimented with it, the number of clinical studies establishing its safety are still rather small. The Berkeley Wellness Newsletter recommends the tried and true benefits of drinking green tea in the morning as opposed to taking a supplement for your theanine fix.


Researching supplements for this series has encouraged me to inventory everything I’m ingesting. Tryptophan is one that merits closer attention. Similar to the others, tryptophan is an essential amino acid. You can get it in your diet from eating a variety of plant and animal sources. Many people have heard of turkey as a source of tryptophan, but there are much better sources of the amino acid, including eggs, soy, and cheese. Tryptophan is a building block of serotonin, a neurotransmitter that  affects mood and brain functioning. The evidence suggests that it is possibly effective for premenstrual mood swings and smoking cessation, but the connection to improved sleep is weak, even though tryptophan is a precursor to the hormone melatonin (more about it below). In 1990, trypotophan supplements were recalled from the US market due to an outbreak of eosinophilia-myalgia syndrome (EMS), with 1500 reports of severe illness and 37 deaths. This was probably related to a contaminated batch of tryptophan from Japan, but conservative advice is to avoid tryptophan supplements altogether and instead seek sources of it in diet. Another concern is that tryptophan could interact adversely with anti-anxiety drugs and sedatives (e.g. valium) as well as medications to treat depression and could possibly inhibit the body’s ability to absorb other amino acids. 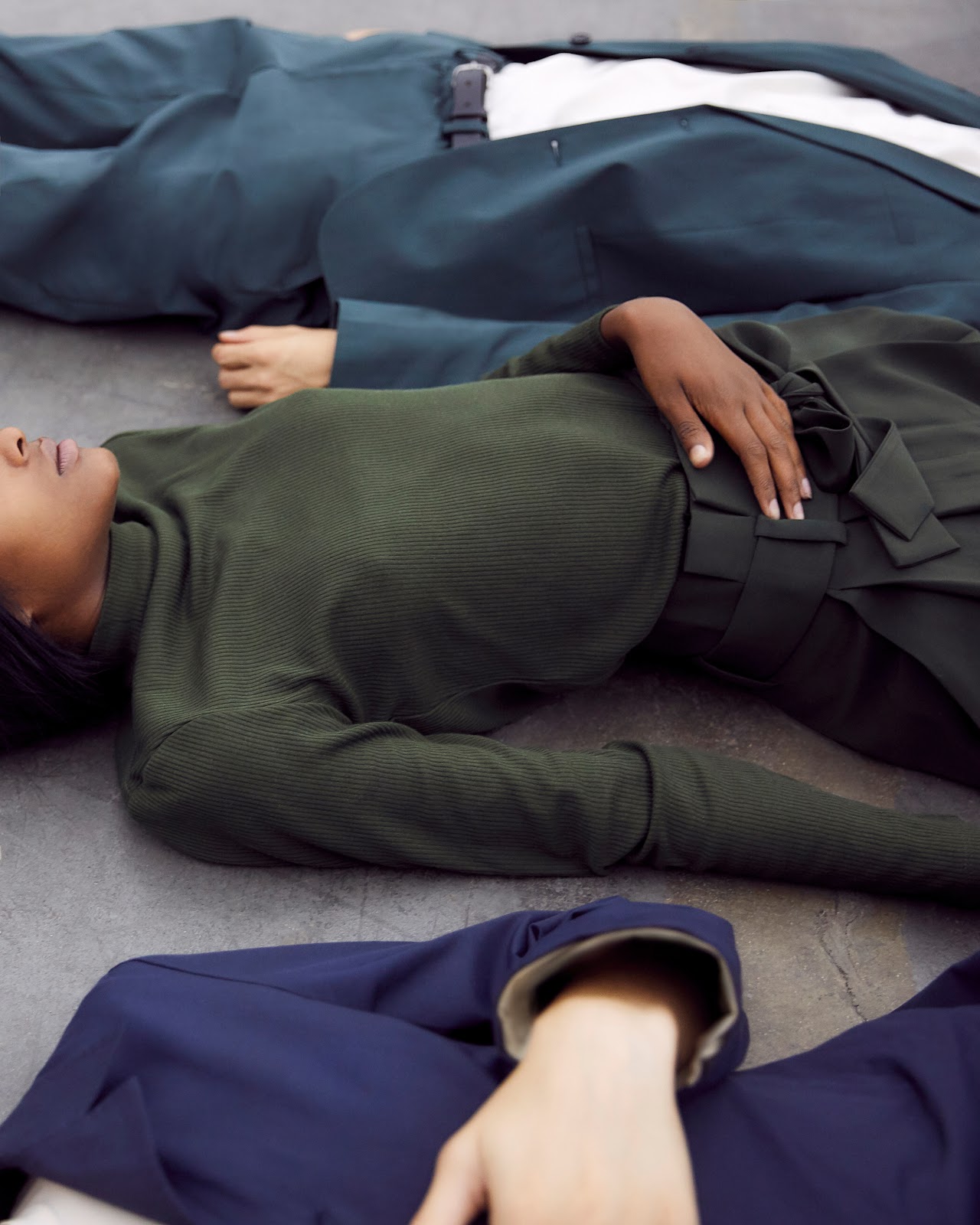 Sleeping on the job or office death cult? No one knows for sure.

Melatonin
This is on my “use sparingly” list from now on. Melatonin is is a hormone that is produced by the pineal gland in animals and regulates sleep and wakefulness. While Hunter S. Thompson had some choice ideas about the extract of a pineal gland, its primary output is the chemical that tells your body it is time to sleep. Since it naturally occurs in the body, it has been a very popular supplement and achieved US prominence in the 1990s, although even then its use was cautioned. Additionally, studies show that melatonin nets users an additional eight minutes of sleep over placebos.


Melatonin, after long walks at the end of the day in sunlight was a primary remedy against jet lag when I was traveling regularly to the west coast. It takes a little bit of searching to find a dosage that is 1mg or less and I’ve seen bottles of 5 or 10mg on friends and families’ shelves. Those doses are excessive (that’s a lot of hormones for anyone to be taking), may backfire (some users report abrupt interruptions of sleep shortly after taking it) and melatonin does not have much clinical support as a treatment for insomnia.  There are not many studies of the long-term effects either.