What's Harder Than Riding a Moose? 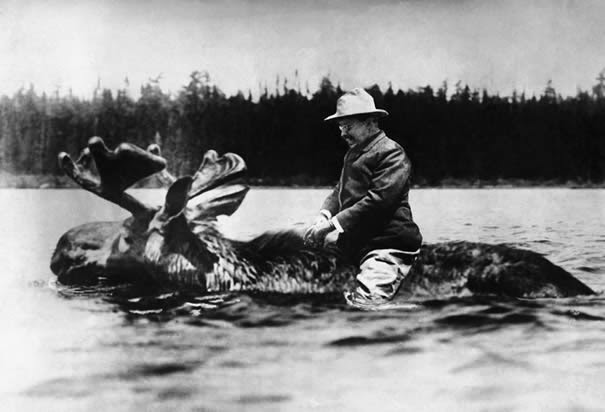 Teddy Roosevelt was the first president to come out as a proponent for universal health care coverage.  Roosevelt, running as a third party candidate, announced his support for this during a time of Progressivism in American politics (great reading, the history around the late 1920’s and 30’s, by the way). Given the mood of the country, this idea had HUGE likelihood to actually be enacted when Roosevelt was elected. In fact, the American Medical Association was supportive of it as well as many influential lawmakers.

It wasn’t partisan politics that led to its demise. It was the ultimate bummer, World War I that was one of the primary reasons for universal health care to be scuttled.  Roosevelt had actually borrowed the idea from Germany, whose head of state Otto Von Bismarck had actually enacted this type of coverage in Germany. However, the United States’ mood towards Germany even before its entrance into  the war made it quite unpopular to be associated with anything German.

Another key factor that contributed to the downfall of Roosevelt’s plan was that it was not supported by American Labor, a movement which was perhaps at its strongest point in US history. The movement rallied behind their leaders, particularly Samuel Gompers, who felt that it could actually negotiate better terms for their members by working with employers than they could have by negotiating with the government.


Amazingly, this time was actually the most supportive in all of US history for such an effort and ultimately, progressive labor could be said to have shot itself in the foot long-term in this instance by inextricably tying health coverage to employment.
Posted by EMM at 2:35 PM No comments: